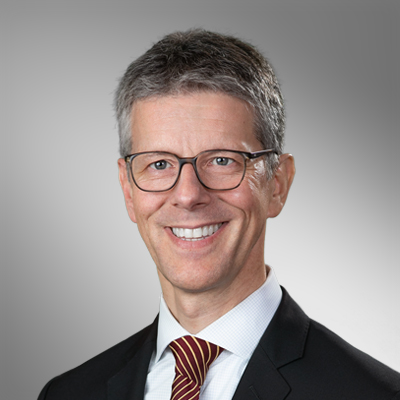 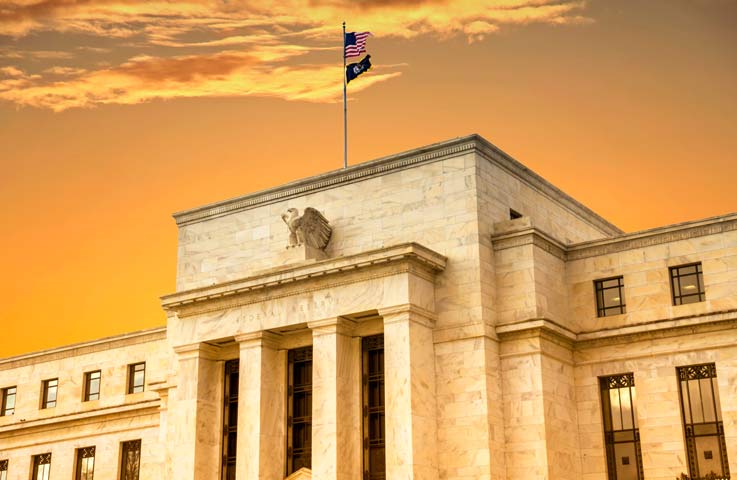 In our investment outlook for 2021, we were looking for a transition from the Covid recovery to a more regular macroeconomic business cycle. Now six months into the year, anything resembling “regular” still appears far off in the distance, with an uneven recovery unfolding and Covid still unchecked in many parts of the world. Meanwhile, investors are keeping a weather eye on the path of inflation as economies start to reopen and stimulus remains in full effect.

The pandemic holds on (more) loosely, but won’t let go

Covid is still with us. While vaccination rates have risen in most developed economies, progress toward reopening remains frustratingly uneven, with Japan's problems staging this year’s Summer Olympics a case in point.

The US is probably furthest along in lifting pandemic-related constraints on economic activity, but Europe isn't far behind. Asian economies faced less-severe Covid outbreaks last year, but enacted containment measures similar to those in the US and Europe. Asia’s inverse relationship between the severity of Covid outbreaks and the speed of vaccinations now means the region is lagging behind the US and Europe in reopening its businesses. Still, we believe most developed economies will make substantial progress this year and should have vaccinated much of their populations by the end of the year.

Given that vaccine supply is the critical bottleneck in efforts to beat the pandemic, it's not surprising that emerging markets are lagging behind the developed world. Global Covid hotspots have moved from the US and the UK at the start of the year to Brazil and India, which are both likely to overtake the US in total Covid-related fatalities. The good news is, growing recognition that the pandemic can’t be left behind until substantial parts of the world are vaccinated is accelerating efforts to produce and distribute vaccines to regions such as South America, Africa, and South Asia, where we expect to see a significant vaccination uptick in the second half. Still, we’re unlikely to see substantial progress toward immunizing the rest of the world before the end of next year.

The bottom line is that the outlook for global economic growth will continue to depend on Covid infection and vaccination trends. Many of the world’s economies remain in what we’ve called the “mechanical phase” of the business cycle, where reopening and reclosing decisions – rather than an economy’s underlying fundamentals – drive economic performance.

The importance of policy and politics for the economic and financial market outlook remain key themes as we approach midyear. The US elections delivered a more comprehensive win for the Democrats than many had expected, with not only Joe Biden taking the presidency and Democrats holding on to their majority in the house, but also winning control of the Senate, albeit with a paper-thin margin that is not making it easy to pass legislation.

The impact of the election results underscored our focus on politics as an important component of our “Three Forces” (macro, policy, and political cycles) economic and market framework. The change in US government led to a much more expansionary fiscal policy than expected. A second major stimulus package following April 2020’s massive CARES Act was already in the works and passed prior to Joe Biden's inauguration but was quickly followed by a third package, and packages four and five are under discussion in Congress now.

Fiscal policy has played an important role in Europe and Asia as well, bridging the income gap between pandemic-related shutdowns and the time when sufficient vaccinations allow for broader reopening of the economy.

However, the US stands alone in extending the use of large-scale fiscal spending beyond immediate pandemic support to address longer-running infrastructure and social equity issues. What has emerged is an intersection of a stimulus- and reopening-fueled surge in demand with a supply side still suffering from pandemic-related disruptions. The result is a major surge in inflation that has begun to put pressure on central banks to start reversing some of their extraordinary pandemic-related policy easing. The supply disruptions are very much a global phenomenon, but the demand surge is most prominent in the US due to its twin drivers (stimulus and reopening). Consequently, inflation has accelerated the most in the US, where headline Consumer Price Index (CPI) reached 5% in May. Prices are rising at a slower rate in the eurozone, up 2% in May, while Japan was still deflationary in April.

The big question now is whether the surge in inflation is transitory, as the Federal Reserve and other central banks seem to believe, or whether we are looking at a new, high(er) inflation era. It can be argued that inflation is always a transitory phenomenon if it doesn’t translate to higher wage growth as well. If wages can’t keep pace with rising prices, consumers’ purchasing power declines and economic growth slows. However, if wages do keep up with the faster rise in prices, we could see a much more sustained inflation increase. That would likely force central banks to raise rates and engineer a slowdown in demand through tighter monetary policy. In both scenarios, the supply-demand imbalance is resolved, with demand converging down to the lower level of supply. The Federal Reserve believes in a third path – let’s call it “Goldilocks 2.0” – where price pressures ease as a result of a faster pickup in supply growth as more Covid constraints are lifted around the world. We can’t be sure, but it doesn’t seem likely that supply will increase quickly enough to alleviate inflation pressures before they start to dent demand.

A few US business surveys are starting to show evidence of such damage to the recovery. Both the manufacturing and services Institute for Supply Management (ISM) indices showed weaker output and employment growth in May, and the most recent small business optimism index showed expectations of business conditions in the next six months falling to the lowest level since 2013.

The risk of excessive inflation damaging the pace of the recovery seem highest in the US, where recovery performance has been quite strong so far. Accelerating GDP growth in the first three months of 2021 helped to push the US economy closer to the pre-pandemic level. All that remains is a 0.9% shortfall, which the economy is likely to make up in the current quarter. Europe’s developed market economies suffered much greater recession damage, and a renewed decline in GDP growth in the first quarter pushed developed market Europe’s economy 5.3% below pre-pandemic levels. Asian developed markets meanwhile suffered a much shallower recession compared to the US and Europe and continued to grow in the first quarter, already turning in a 0.4% rise above fourth-quarter 2019 levels.

The three main developed world regions are in three very different economic positions. The US recovery picked up steam again at the start of 2021, fueled by strong vaccination rates and the Biden administration’s large-scale fiscal spending policies. However, surging inflation is starting to affect consumers’ purchasing power, which raises the risk of slower growth in the second half.

Europe’s vaccination efforts lagged behind the US and caused a double-dip recession at the start of the year. Yet strong catch-up in vaccination rates is now allowing Europe to enjoy the positive effects of the mechanical reopening phase of the cycle, and growth should pick up strongly in the second half. Inflation is rising in Europe, too, but the lack of a fiscal accelerator should keep price increases in a more manageable range.

Asia, meanwhile, is lagging in vaccinations and thus still subject to localized reclosures, which should dampen recovery rates in the second half.

The disparate growth backdrops are also influencing the outlook for monetary policy. Asian central banks are under no pressure to change the current extraordinarily accommodative policy setting. The Bank of Japan is still facing deflationary conditions, while Australia’s Reserve Bank has said it doesn’t expect conditions to warrant rate hikes “until 2024 at the earliest.” In Europe, the European Central Bank (ECB) forecasts inflation to reach only 1.4% in 2023, falling short of its self-declared rate hike threshold of “a level [...] close to, but below, 2 per cent.” And since the bank’s regular asset purchase program is tied to rates through the commitment to only “end [the program] shortly before we start raising the key ECB interest rates,” ECB quantitative easing (QE) in some form will continue for years to come.

The big question is what to do with the EU’s pandemic emergency purchase program (PEPP), which is set to expire next March. Extending the program would be a major show of no-confidence in the eurozone recovery, yet curtailing it requires a multi-step tapering process that would need to be communicated soon. In a way, the ECB’s tapering dilemma is similar to what the Federal Reserve is already facing. A US economy firing on all cylinders with inflation at a nearly 13-year high is not a macro backdrop consistent with keeping policy rates at the zero lower-bound and continuing QE bond purchases at $120 billion a month.

The problem is, the Fed seems to be discounting certain lessons learned about inflation in the past 50 years. Inflation is not what greases the wheels of recovery; in fact, it tends to exacerbate income inequality and lead to misallocations of capital. The central bank may have been better off counseling against more fiscal stimulus at a time when supply constraints are evident everywhere, but that’s not what we’re hearing. If the current supply-demand imbalance isn’t resolved soon, inflation expectations could rise more persistently, forcing the Fed to taper more aggressively and even consider rate hikes in early 2022. While not our base case, that would have a significant impact on financial markets, not just in the US but around the world.

With some regions still stuck in the middle, policy holds the reins

So, where do these developments leave us halfway through 2021? The global economy is rebounding, but more asynchronously than expected last year. Policy support is strong enough to keep the recovery going, and faster growth in Europe could offset any inflation-related slowdown in the US. While Asia seems to be lagging today, Europe’s rapid vaccination catchup has shown that such lags may be short-lived.

Excluding China, emerging market economies were hit as hard by the pandemic in the first half of last year as their developed world peers. Yet less-restrictive containment measures and surging commodity prices allowed emerging economies to rebound more forcefully in the second half of 2020. The weighted average GDP of the 24 largest EM economies was down only 1.2% at the end of 2020 relative to the last Covid-free quarter a year before, compared to a 2.4% shortfall for developed markets. Maintaining that advantage will depend on EMs’ ability to manage the Covid pandemic while waiting for greater developed market efforts to provide vaccines.

Our “Three Forces” framework of macro, policy, and political cycles as the biggest market influencers has guided us through an evolving backdrop that was already driven less by traditional fundamentals and more by monetary and fiscal policy moves even before the pandemic. In such an environment, sudden changes in policy priorities pose the biggest risk variable – a thesis we saw validated with the bigger-than-expected election wins by Democrats in the US.

Policy remains the dominant market driver, and expectations about Federal Reserve or ECB action will matter more for the direction of bond and equity markets than GDP growth or even inflation rates. Once the normalization of monetary and fiscal policy begins, the focus will likely shift back to macro themes as the dominant market driver. Investors will have to assess the strength of underlying growth trends in a global economy that will increasingly run without the current policy training wheels. But we’ll save that story for our 2023 Investment Outlook.

Visit our 2021 Midyear Investment Outlook page for more of our views on developments moving markets.